However, I went to an art gathering today.

Above is the link to the site. It was a good time, with lots of people and a huge spread of food and wine. Great idea! I'm hoping to attend another in the future.

The "Hundredth Monkey Effect" is a supposed phenomenon in which a learned behaviour spreads instantaneously from one group of monkeys to all related monkeys once a critical number is reached. By generalistion it means the instant, paranormal spreading of an idea or ability to the remainder of a population once a certain portion of that population has heard of the new idea or learned the new ability. The story behind this supposed phenomenon originated with Lyall Watson, who claimed that it was the observation of Japanese scientists. Such an observation did not exist (e.g. Myers 1985, Amundson 1985, 1991). One of the primary factors in the promulgation of the myth is that many authors quote secondary, tertiary (or worse) sources who have themselves misrepresented the original observations


so in honor of the show here is a little digital monkey I just (literally) brushed together for your viewing pleasure! 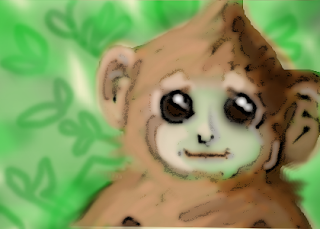 a special thanks to Ryan for taking me, and a thanks to those of you who were friendly enough to talk with me! 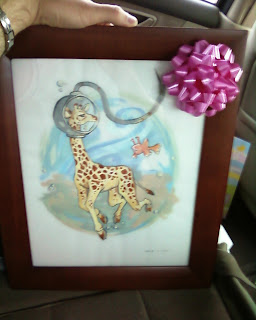 Sylvana picked up the perfect frame! The gift was for Jessi's baby shower. 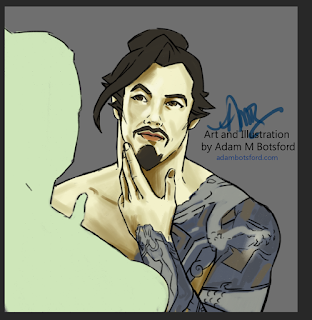 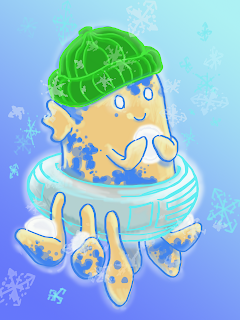 I've started working on some images for my winter post card. Really it's the only reliable postcard I get out. So I figured I need to get started if I'm going to get one completed and set.

The theme given to me this year was an alien snowball fight. So here is my first little guy. These are all sketch images that will be cleaned up and finalized once one is chosen.


That said, I'm taking votes on which image to use and send as a postcard.
And remember, to get a hold of me if you'd like a copy of the postcard.